Fiery hot molasses floods the streets of Boston on this day in 1919, killing 21 people and injuring scores of others. The molasses burst from a huge tank at the United States Industrial Alcohol Company building in the heart of the city.

The United States Industrial Alcohol building was located on Commercial Street near North End Park in Boston. It was close to lunch time on January 15 and Boston was experiencing some unseasonably warm weather as workers were loading freight-train cars within the large building. Next to the workers was a 58-foot-high tank filled with 2.5 million gallons of crude molasses.

Suddenly, the bolts holding the bottom of the tank exploded, shooting out like bullets, and the hot molasses rushed out. An eight-foot-high wave of molasses swept away the freight cars and caved in the building’s doors and windows. The few workers in the building’s cellar had no chance as the liquid poured down and overwhelmed them.

The huge quantity of molasses then flowed into the street outside. It literally knocked over the local firehouse and then pushed over the support beams for the elevated train line. The hot and sticky substance then drowned and burned five workers at the Public Works Department. In all, 21 people and dozens of horses were killed in the flood. It took weeks to clean the molasses from the streets of Boston.

This disaster also produced an epic court battle, as more than 100 lawsuits were filed against the United States Industrial Alcohol Company. After a six-investigation that involved 3,000 witnesses and 45,000 pages of testimony, a special auditor finally determined that the company was at fault because the tank used had not been strong enough to hold the molasses. Nearly $1 million was paid in settlement of the claims.

Go to wikipedia to see more info and photos on the Great Molasses Flood. 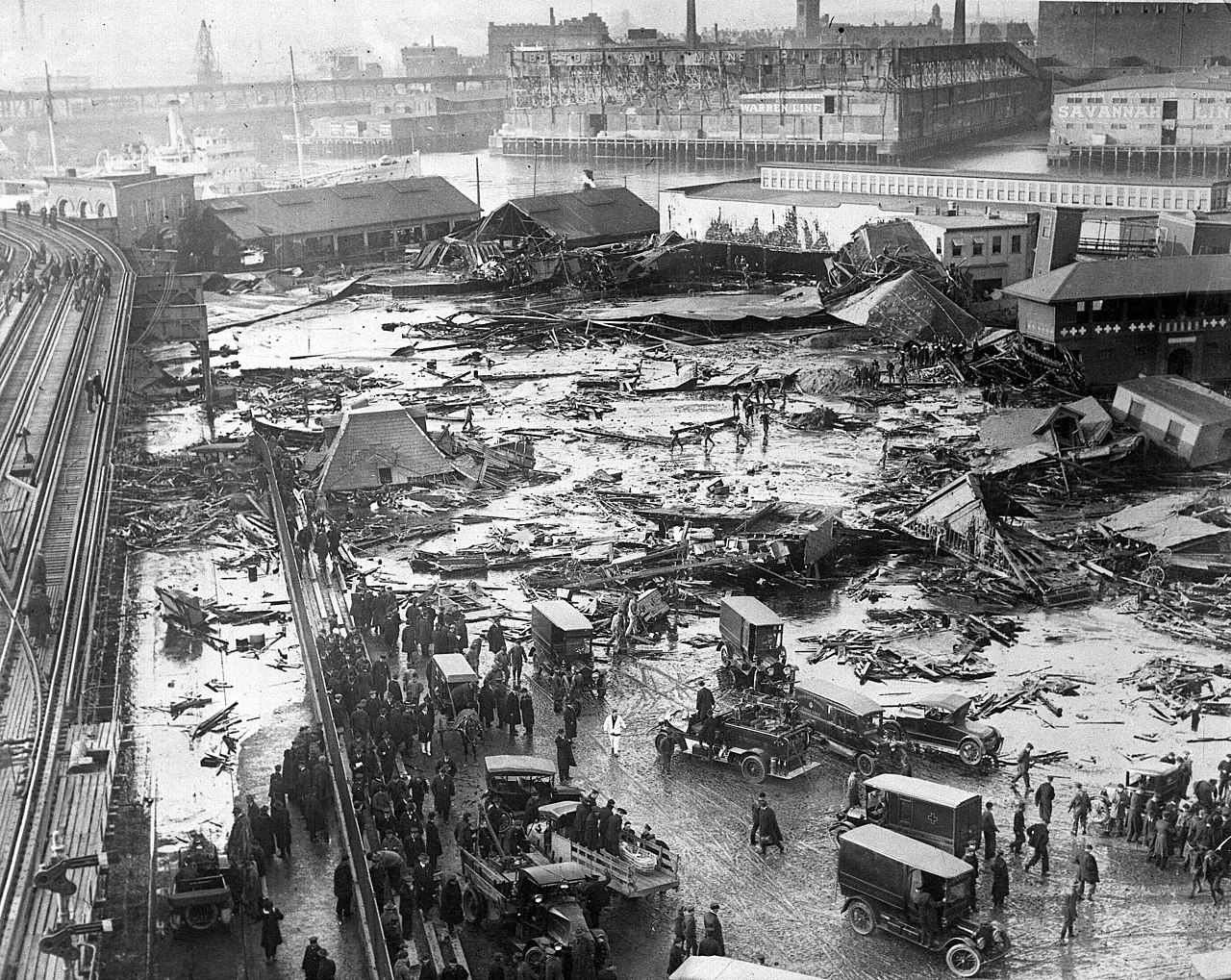